I think this flashlight alphabet game is our family’s favorite activity.

While we’ve played a lot of after dark games, there’s something about this game that has really stuck with my kids.  Maybe it’s because I finally let them have free range with a flashlight??  Regardless, your kids will be begging to play this game over and over, too.  Don’t say I didn’t warn you… 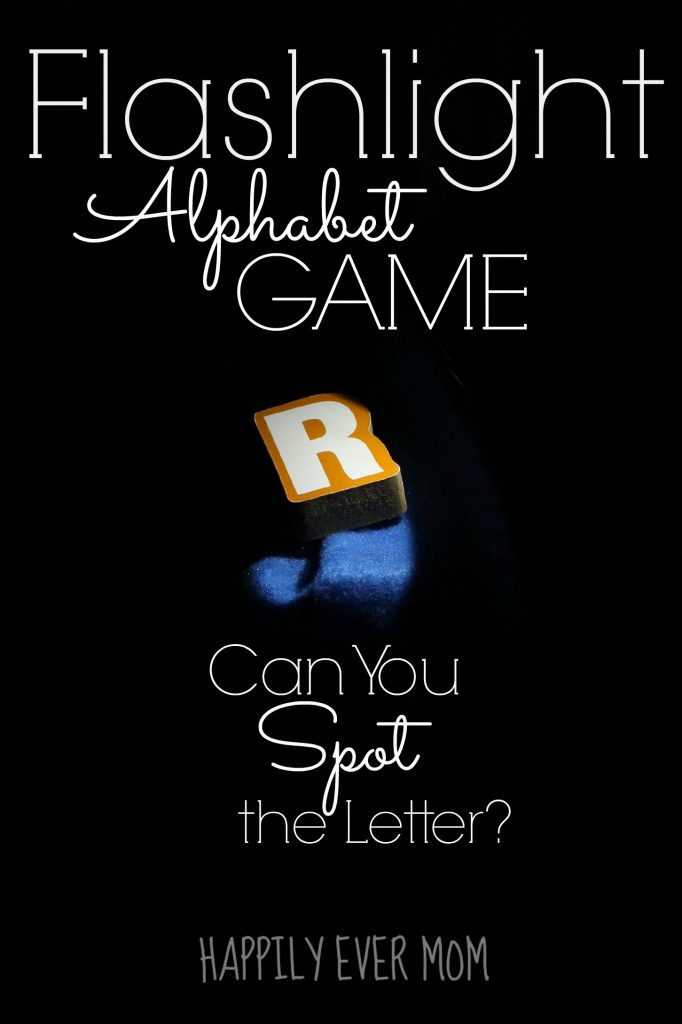 Welcome back to the light and reflection series!  If you’re new here, please be sure to check out our Pinterest board to see all of our past posts.  Also, check out Where Imagination Grows and And Next Comes L to see what they’ve been up to.  This week was about literacy, so we created a flashlight alphabet game to practice my daughter’s letter recognition.

What You’ll Need for this Flashlight Alphabet Game

**Tip: Apparently, flashing a flashlight in people’s eyes is really fun (insert sarcasm here).  We made a rule that if anyone flashes someone in the eyes (yourself or family members) the game is over…just saying! 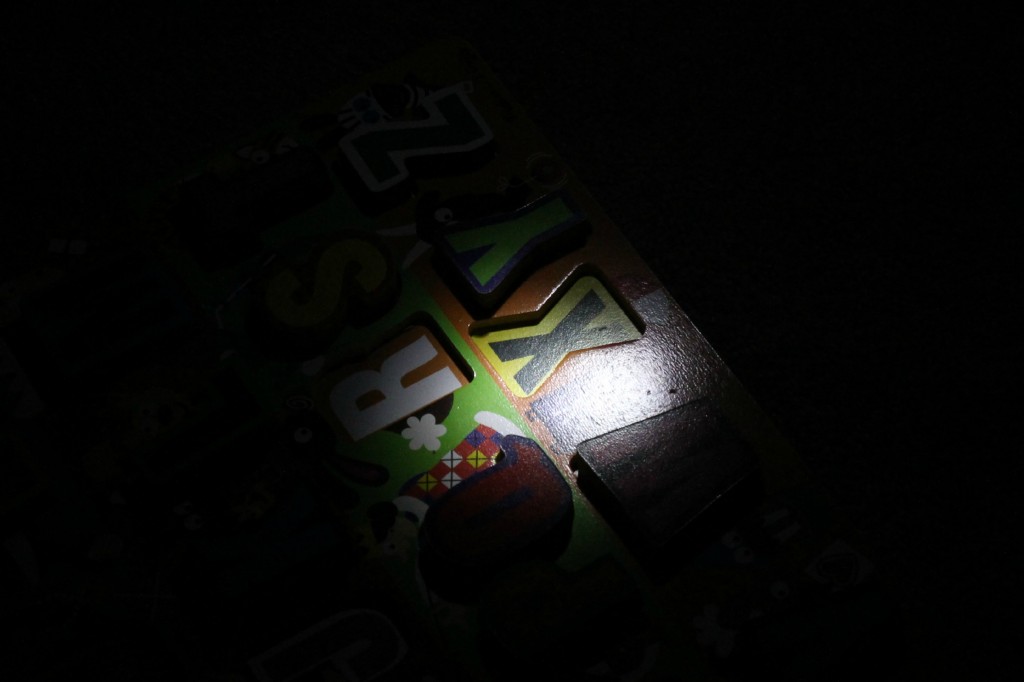 How to Play Flashlight Alphabet Game

I only took four letters out of the alphabet puzzle at a time (I didn’t want to overwhelm my three year old with too many letters!) and I “hid” them around her room.  By “hid” I mean that I put them on the floor, on the chair, and other seemingly obvious places.  But, it didn’t matter because in the dark, it’s a challenge to see – even when the letters are at your feet!  When I was ready with my hidden letters, L came over to the puzzle board to see which letters were missing.

In the picture above, you can see that she noticed the X was gone.

I loved that she was learning what the letter looked like in two different ways: by noticing which ones were missing from the puzzle and by finding the missing letter.  The more opportunities to see letters, the more opportunity to learn! 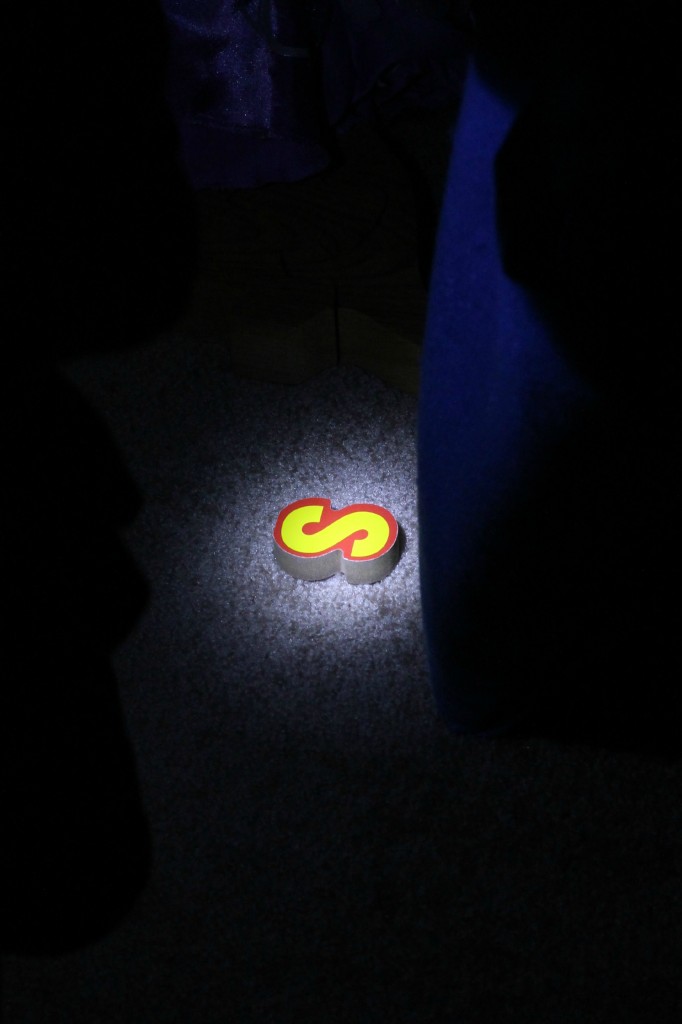 My daughter loved this spin on hide and go seek for letters.  It combined so many skills for her while she got to play a new game!

So, where’s the learning? 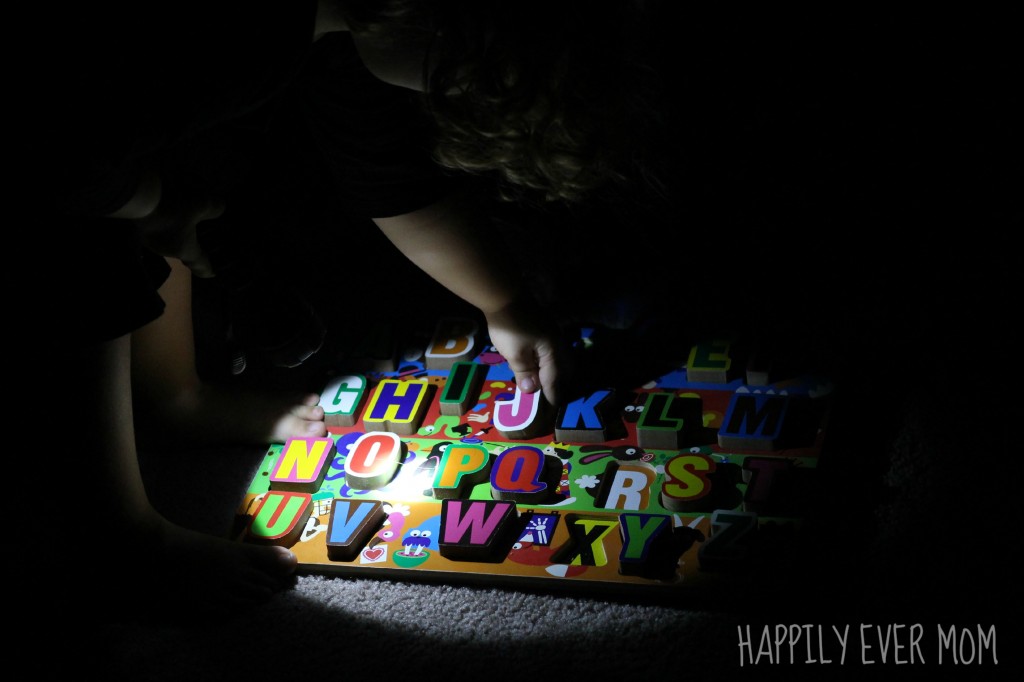 Variations on the game:

There are so many learning opportunities that children have when they play!  This game was great because she was learning while she played and it only required two things: a puzzle and a flashlight.  How fantastic is that?! 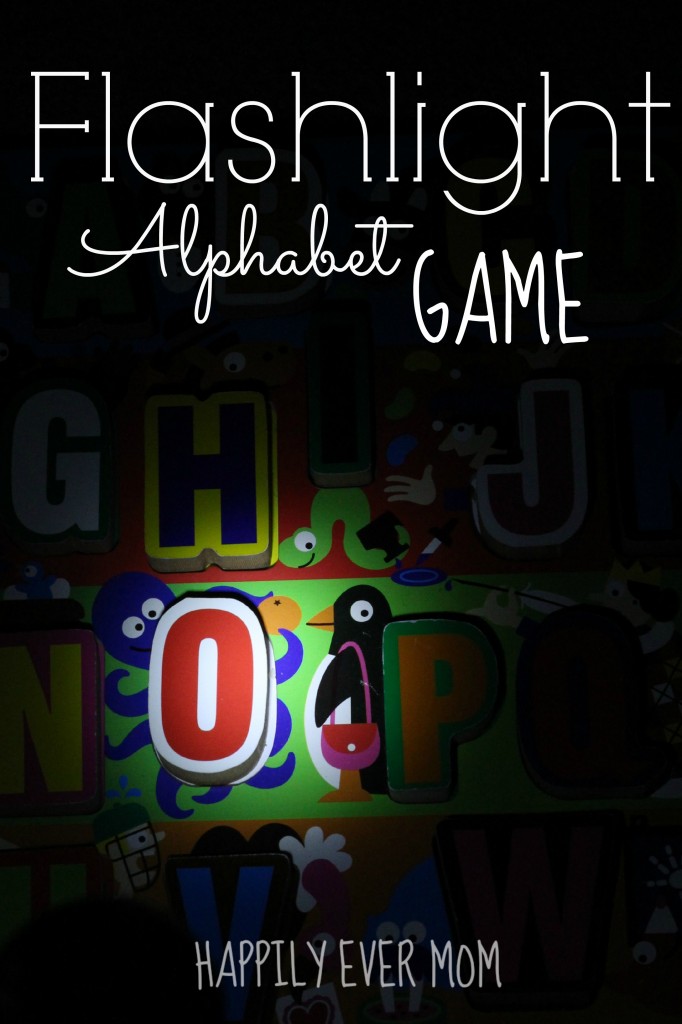 Check out the other awesome posts in this series: 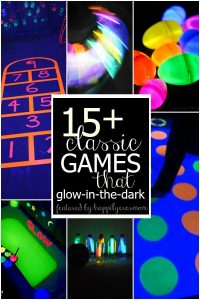 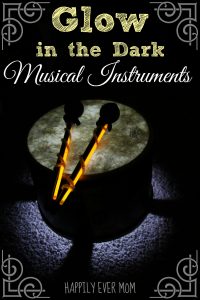 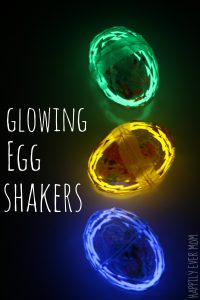