I am not the Mom that has the perfectly organized house and I know that there are others Moms and Dads like me too. The parents who:

And, I’ve figured out something that works for me. That has truly helped me to feel less overwhelmed by the clutter and it is easy to remember and to implement. 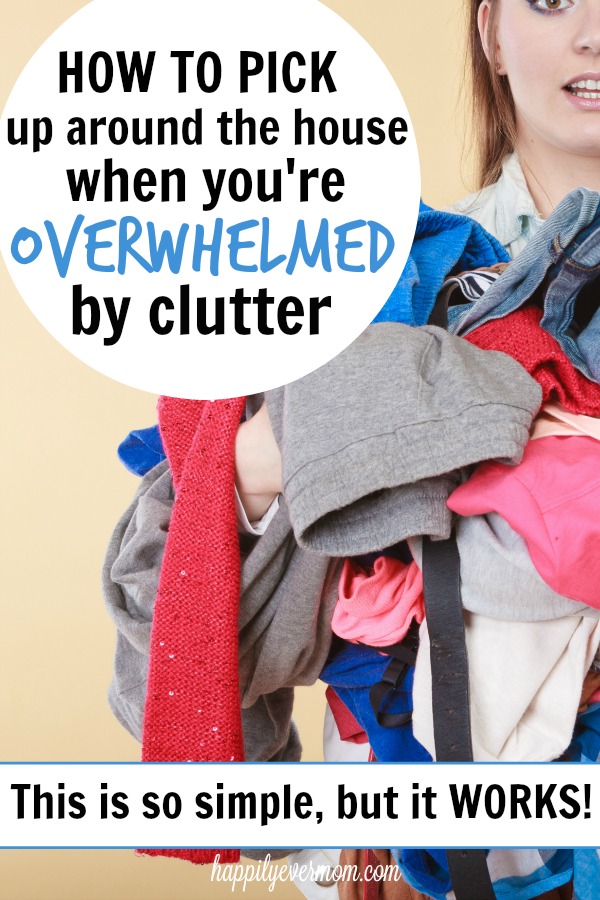 This simple saying helps so that I’m less overwhelmed and more productive around my house.

But, the truth is, that old habits die hard.

The Root of being Overwhelmed by Clutter

I’m the queen of procrastination so when I see a big mess that’s I need to clean up, I do anything that I can to avoid dealing with it. My thoughts generally sound like this:

Friends, those kinds of thoughts eat up valuable time.

In the time that it takes for me to think about all of that, I could have already cleaned up the pile and moved on to making dinner.

How to Be MORE Productive and Less Overwhelmed by Clutter

Pick it up now or Pick up MORE later.

I’ve shortened the phrase so that I almost sound like the little engine that could:

When I see a pile of puzzle pieces lying on the ground, I DON’T make it a big debate in my head; instead, I think: Pick it up now or pick up MORE puzzle pieces later.

(because the longer it lies out, the more puzzle pieces my kids will take out).

When I see a little pile of clothes, I DON’T start a big debate in my head; instead, I think: Pick it up now or pick up more clothes later.

(because my kids will shed more clothes and so will my husband – let’s be honest).

You get the idea.

It really works. And, it helps me to quickly categorize what’s a priority to clean up and what’s not without overthinking.

What do you think ~ will this help you to feel less overwhelmed when you’re picking up around the house?

Grab the Book, FREED FROM CLUTTER, for more practical tips on organizing your home. 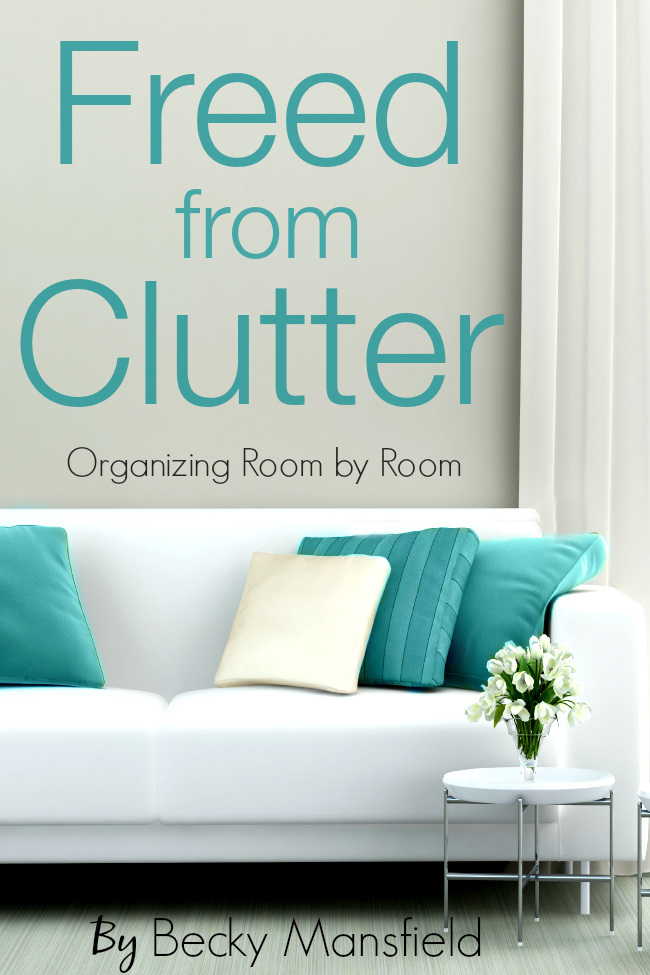 More Posts from Happily Ever Mom 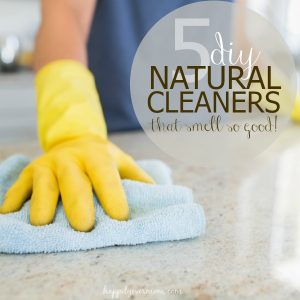 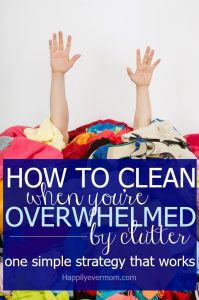 Katie Joiner is a happy work-at-home Mom. When she's not busy saving her cats from the kids and trying to figure out what's for dinner, she can be found taking photos, laughing with her kids, and figuring out whether or not she can sneak in another Starbucks. Kids 7, 4, & baby <1. Come over and say hi at her FB page, @Happilyevermom, or , her favorite spot, Pinterest.