As much as I’ve tried, it’s taken me a week to get a new post up!  But, we worked on this little project last week and we have been enjoying playing with them ever sense.  Although it’s no secret that my daughter is weary of all things spooky, she also adores a great story.   I wanted to put her in the driver’s seat (so to speak) as we told spooky stories.  As the storyteller, she could change the details if anything scared her too much.  My hope was that she would realize that she is in charge of those scary thoughts – they aren’t in charge of her!  We said things like: Are you afraid of the witch?  Pretend that she takes off the mask and it’s really just Mommy underneath!  Are you afraid of the ghost’s sound?  Pretend that we tickle his tummy and he starts laughing instead!  We enjoyed making all kinds of stories together that made her think twice about all things spooky. 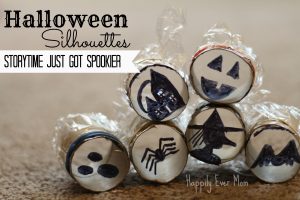 I love that everything we needed were items that we had around the house! 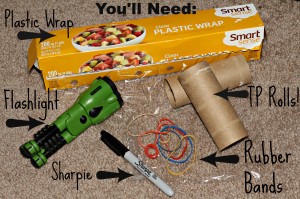 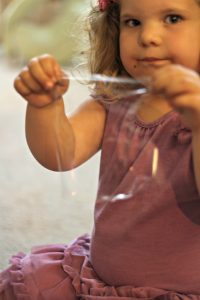 We started with a small square of plastic wrap and a little girl looks like she’s thinking, “why are you taking a picture again, Mom…??” Because you’re so cute, that’s why!! 🙂 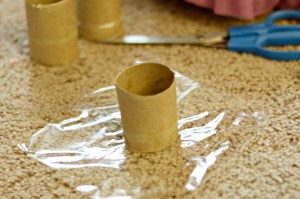 I traced the edge of the toilet paper roll so that I would know how big to make the faces. 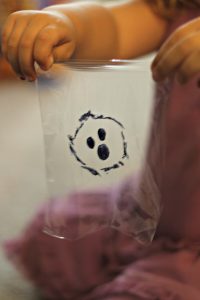 And, then I drew the face with sharpie!  We put the face on one side of the sectioned toilet paper roll and secured it with a rubber band. 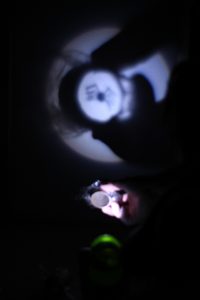 This was the fun part.  We turned off the lights in her room and turned on her small projector (it normally projects images on her ceiling while she falls asleep – have you seen these?  There wonderful!).  It took my daughter a while to figure out how to stream the light through the toilet roll in order for the silhouette to be seen on the wall.  This was a great learning opportunity on its own!  She experimented with how to hold the toilet roll: 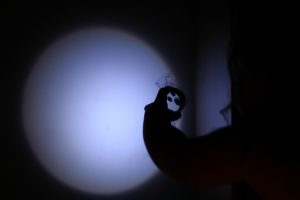 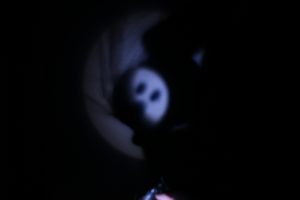 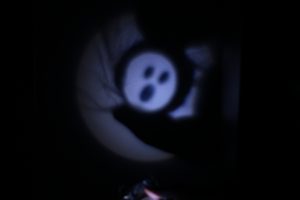 Got it!  That’s a lot of work for little hands!  Then, we started telling stories about a witch who came upon a haunted house.  The witch was afraid of everything! 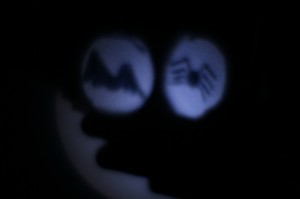 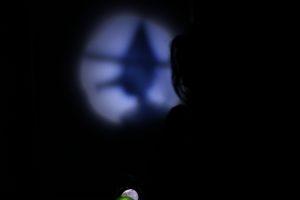 It’s a bit blurry, but here’s our witch.  We told this story each night for the rest of the week and my daughter loved turning off the lights and telling spooky stories – who would have thought she would love it? 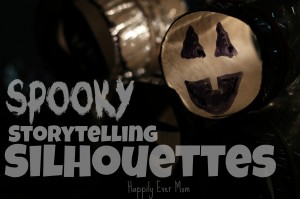 It was a victory for me as she enjoyed something spooky without being scared!

Are you telling Halloween stories in your home?